With so much going on it’s quite an accomplishment for long-term rates to be unchanged for the fifth week in a row. Maybe an extended April Fool, but the 10-year T-note is stuck on 2.50% and lowest-fee mortgages near 4.50%.

This morning’s bulge in April jobs has had no effect, partly because wage growth did not accelerate, and partly because the size of the job gain is not confirmed by alternate survey. The “non-farm payroll” number which ignites markets is the “establishment survey” of large employers; the “household survey” (just that) is not so strong. Of all US economic divides, the biggest is urban-rural, and all of the job growth is in urban areas where large employers live.

Other data were not so much slow as not accelerating. The purchasing managers’ surveys (ISM) both dropped, manufacturing to 52.8 in April from 55.3 in March, and the service sector to 55.5 from 56.1 — and the employment components of each were notably slow. Construction spending in March slipped a little and is off .9% year-over-year. Housing numbers are okay, close to flat trend, although mortgage applications slid despite lower rates this spring. Auto sales are off about one million per month, but no surprise in a saturated market and lenders pulling back from subprime applicants.

National public policy usually affects markets, but this era is so weird that many market people no longer pay attention — and those who try then struggle with fun-house media mirrors distorting news to viewer preference. It feels peculiar to try to play it straight. William Barr’s performance was second-only for smug stonewall to John Mitchell, Nixon’s AG. Something in Barr’s visage resembles Jabba the Hut… perhaps a secret desire to reach out and gobble a Senator. Robert Mueller, USMC captain, purple heart and bronze star… call him “snippy?” A first and last time for everything.

Strictly in public finance, no one in the presidential derby on either side has a word to say about a widening annual deficit over $1 trillion. In the horde of Democratic “progressives,” each has a new multi-trillion spending project without feasible revenue.

Markets do care about the Fed, the only rational game in town. Semi-rational, anyway.

Everyone writing about chair Powell’s post-meeting press conference has noted his key word, “transient.” He was not referring to someone asleep, wrapped in cardboard outside the Fed’s door. Nor to the quick rise and snuffing of Messrs. Cain and Moore. No, Powell was describing the big, recent drop in inflation.

For people in the housing business trying to figure out where rates are going, it’s refreshing to skip Fed-technical-think, and instead react the way bond market traders and portfolio managers do. Those people wager their careers every day, buying and selling, and they are reassured that US rates are already a mile above all other global comparable credits. US rates are not going to soar, but might the 10-year T-note run back to 3.00% and mortgages above 5.00%, repeating the unpleasantness last fall?

Powell said the Fed is neither poised to hike or to cut. Knew that. But to describe inflation drop as “transient” is troublesome, even infuriating in bond markets. Infuriating? The Fed has reached its 2% inflation target just twice in the last ten years: briefly in the winter of 2011-2012, and in 2018. During the other eight-and-a-half years the Fed said that underperforming inflation was ”transient.”

If you’d like to be credible in markets, stubborn error does not help. The inflation miss this winter and spring has been huge. The 1st quarter 2019 core PCE arrived last week at 1.3% annualized, the biggest miss in two years, and that last one was caused by a single-month outlier. In the 1st quarter just past, inflation fell all through the 90-day period, in March down to “less than 0.1%.”

If Powell had said “balanced pause” and sat down, no harm no foul. “Transient” dredged up the Fed’s insistence on the Phillips Curve — if we keep unemployment low enough for long enough, then inflation will rise to target. And since unemployment is so low we should raise the cost of money because inflation will soon rise too far.

That’s the policy thread which makes market people angry. It reopens the wound from last fall, when the Fed seemed set on pre-empting future inflation whether there was risk or not. Anybody can argue transient and get lucky, but there is nothing in economic data to indicate inflation risk. Yesterday’s release of 1st quarter productivity almost doubled from the 4th, and the very broad “employment cost index” fell — fell — at a .9% rate.

Markets are reassured when the Fed looks as though it knows what it’s doing, which can include expression of doubt. Far better to do that than false conviction. The Fed is missing the need for public expression of inflation curiosity. Why has the mix of prices, employment, and growth departed the reasonably reliable 20th Century predictability? Get that answer, or answers, and policy will develop itself.

When the Fed looks as though it does not know what it is doing, the only refuge is cynicism. Money managers still must react to the Fed, but life as a marionette with someone confused pulling your strings… that will turn anyone into a cynic. And that’s what the 10-year stuck at 2.50% looks like: you pause, we’ll pause, and ignore everything else. 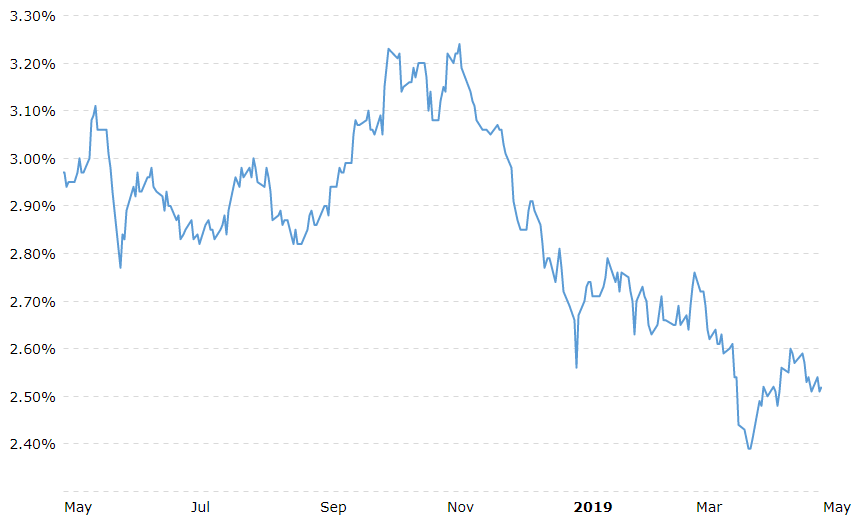 Looking back at strange numbers during the Shutdown, and the Fed’s overtightening signal in December. Those two variables may have been all that was in play, and maybe not: 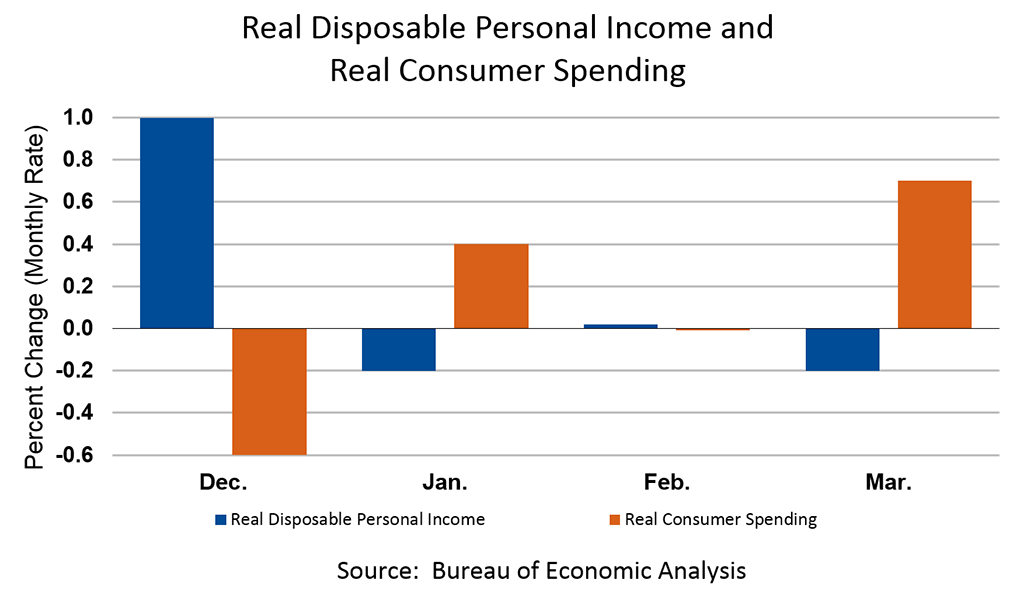 With thanks and recommendation to Tim Duy’s Fed blog, a great chart of the Fed’s adventure with its inflation target. https://blogs.uoregon.edu/timduyfedwatch/2019/04/ 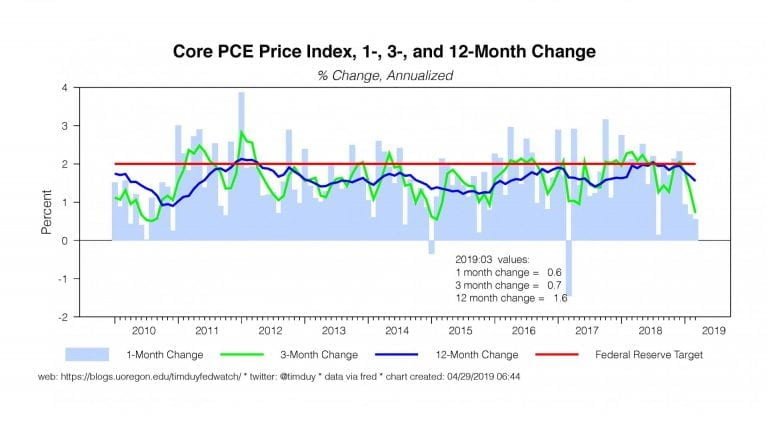