A holiday-short week, and little of economic substance. In the few reports released, if anything a little better than thought. The 10-year T-note early in the week was headed up to 2.65%-2.70%, a solid trading range December-February, but stopped short at 2.56%, mortgages near 4.50%.

Why the stop-short? In real time the most likely cause (if there is one): Kim Jong Un again rattling missiles. Economic news is far too good to suggest a Fed rate cut, and if so, the bond market textbook says that rates should have risen. Leave it there. Sometimes markets know things not immediately evident.

The Mueller report is working its way through the public psyche. Markets usually ignore politics, but this is a bit different. The report itself is not really a surprise, but Attorney General Barr’s lipstick letter two weeks ago described a different report, and turned the real one into a surprise. The issue for markets is the competence of the administration — not which party or candidate or any of that, or even policies. Just competence.

Markets have limits. Herman Cain, still under consideration for Fed governor yesterday wrote an op-ed for the WSJ in which he revealed his own incompetence. His first two paragraphs compared weakness in real, after inflation incomes 2000-2016 to stronger incomes under the new administration before subtracting inflation. The rest of his column was an inventive if mistaken description of the dollar’s exchange value as central to everything. Policy disagreement is normal, even wide and politically based disagreement, but incompetence is disturbing.

Another development in the administration has not had direct effect on the bond market, but may have substantial consequences for all markets. Treasury Secretary Mnuchin has suddenly announced an urgent effort to “reform” Fannie and Freddie — meaning to end their conservatorship by the Treasury and to “privatize” in some fashion. Their new regulator was confirmed in office just two weeks ago, Federal Housing Finance Authority Director Mark Calabria. The Senate vote was 52-44, purely partisan.

Calabria has been an outspoken privatizer. The economic policy driver in the administration is Mick Mulvaney, first in Congress in 2010 as a core Tea Party man, elevated to head the office of Management and the Budget, is now in addition acting White House Chief of Staff and acting Director of the Consumer Financial Protection Bureau. Mulvaney is an extremist among extremists, the source of budget cuts for things like Special Olympics.

No matter what proposed reform, it will not pass the House. This administration tended to act by executive order, even before Democrats took the House. Calabria has the authority to end the conservatorship of Fannie and Freddie by giving the order, just as it was created in 2008.

I do not know how much to worry. Fannie and Freddie (the GSEs hereafter, Government Sponsored Enterprises) are an incredibly difficult public policy issue, likely to confound the Tea Party as they have everyone else. Mnuchin understands the MBS market — ex-Goldman trader — but Mulvaney, Calabria, and too many on the right in Congress are prepared to sacrifice anyone on the false altar of free markets.

Details. The GSEs guarantee roughly $6 trillion of the nation’s $9 trillion in 1-4 unit residential first mortgages. Since the conservatorship in 2008 the GSEs have paid back all federal assistance and surrendered all profit to the Treasury. The last half-dozen years have been very good for housing, and combined with tough underwriting have produced very low rates of loan default — a good thing, as the GSEs have no capital and cannot accumulate any buffer against hard times.

Fannie was created in 1938 to sustain the supply of mortgages, and Freddie in 1970 as a competitor, just as securitization began. The duplication has had no merit, free market theory or no. The GSEs were — are still, technically — public-private enterprises which had a small Treasury line of credit and lower capital requirements than banks. Banks hate them — there is no blood feud in finance deeper than this one.

The GSEs quickly began to misuse these powers, turning themselves into massive S&Ls for the benefit of their stockholders. Guaranteeing for fee is a good insurance business. Owning MBS and financing the portfolio is deadly dangerous. At the peak shortly before collapse in 2008 the GSEs combined had bloated to a $1.7 portfolio. To the great credit of all involved, the GSEs have run that portfolio down to less than $400 billion and shrinking.

During their bloat, the GSEs effectively bought both political parties with campaign contributions, and the Republican fondness for fattening stockholders, and the Democrats’ pleasure at funding loans for their constituents whether qualified or not. Hell hath no fury like a politician bought… since 2008 both parties have hated the GSEs, or found it convenient to say so.

All of that history aside, the GSEs since 2008 have performed very well. No other structure will do as well.

It’s not difficult finance. Any effort to privatize and end the federal guarantee except as paid for by borrowers. And create a far more damaging problem: how to distribute the cost across borrowers? Republicans will want cost allocated by risk (I have mine, you’re on your own), and Democrats will want to socialize (as always, get somebody else to pay my tab).

The jumbo market has been on the Republican model for a long time. Result: if less than top-notch, very expensive. If anywhere near the margin, you’re shut out altogether.

“Privatization” of the GSEs is all slogan, no reality. Banks are public utilities, forced by regulation to serve all citizens. And they’ve never been any good at the mortgage business, except as GSE conduits and jumbo cherry-pickers. There is nothing wrong with maintaining the GSEs as one heavily regulated utility.

A whining voice from the back: “But what about taxpayer bailouts?” Taxpayers should always be prepared to bail themselves out. There isn’t anybody else. The mortgage supply is a taxpayer benefit, not to anybody else. The GSEs recently showed their ability to recover from the worst bubble in history, and pay back taxpayers.

Keep an eye out. Most likely this Tea Party run at the GSEs will fail. But these are wild extremists capable of anything, especially in an administration desperate to change the subject.

The US 10-year T-note one year back. A very strange chart, easy to see the level which should be in play: 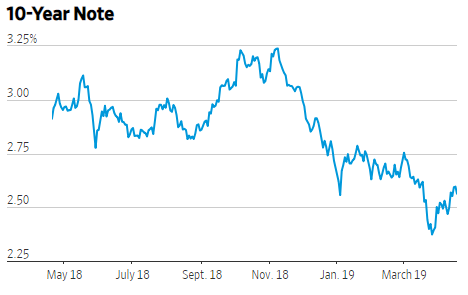 The Atlanta Fed GDP tracker shows why a Fed rate cut is off the table: 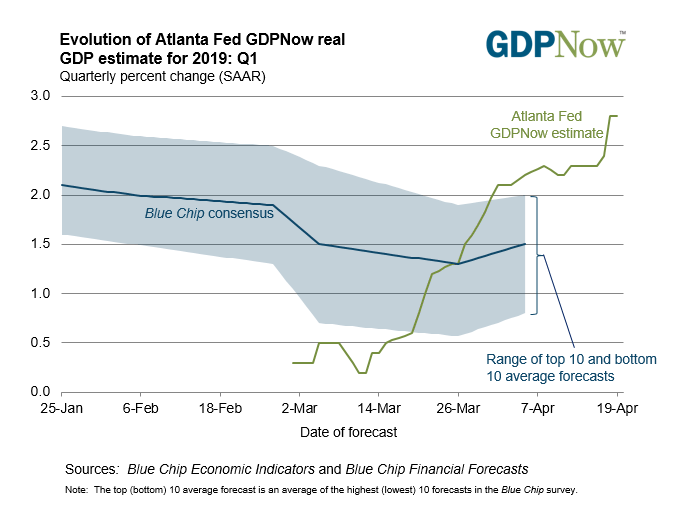 Atlanta is confirmed by the ECRI, rising steadily since January: 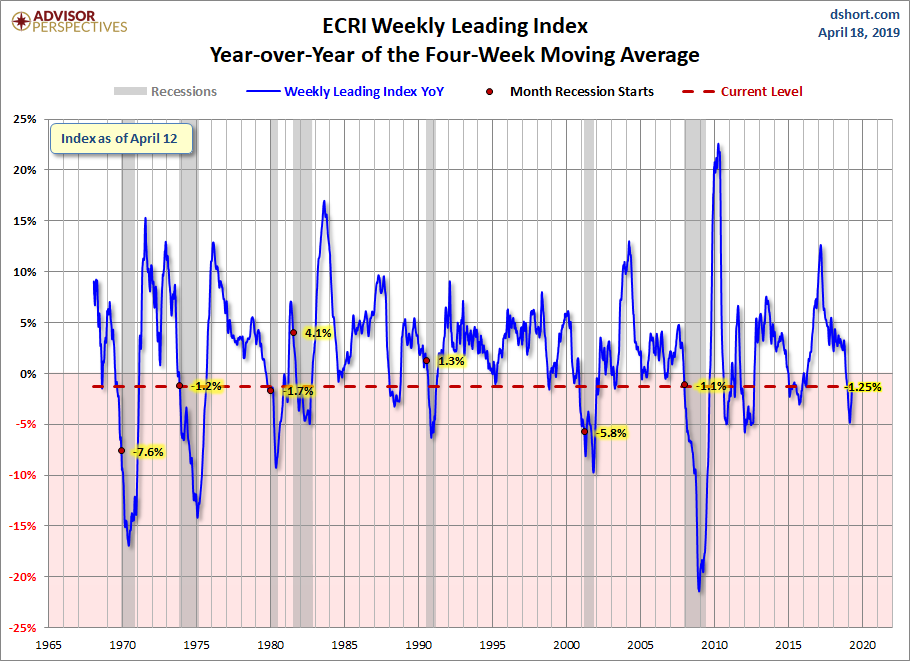