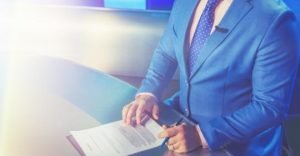 Letters like this just before Christmas are often just a greeting, or a cuddly remembrance of blessings and gratitude for each other.

Before delivering sacks of sticks and coal to the Fed, sort out other proceedings….

Early this week (which feels like a month), legal walls were closing in again on Mr. Trump: Flynn’s sentencing delayed until spring, Mueller far from done, and the New York Attorney General shut down the Trump Foundation, saying it had been used “as a checkbook for the family,” criminal charges pending.

Mr. Trump’s spasm of action followed those events (correlation is not cause, but…):  orders to the Pentagon to withdraw from Syria and Afghanistan without consultation with Congress, the military, or allies, and to “shut down” government over a border wall.

Mattis’ resignation and letter are still reverberating and without precedent. The British resign in protest; we do not. The last US top-cabinet official to resign in protest: Cy Vance in 1980, objecting to Iran policy as too tough — silly at the time and as such a good reason for US preference to stick it out. Mattis on the other hand is as serious and correct as can be, his letter the bipartisan heart of US policy ever since WW II. Also during this week, North Korea made clear that there is no nuclear deal, never was.

Most people this holiday understand the increasing peril, especially the vulnerability to adversaries who might take advantage of our disarray. This situation will continue until Republicans have had enough. The drafters of the 25th Amendment did not have this precise moment in mind, but here we are: “… unable to discharge the powers and duties of the office….”

Markets have taken all of that in stride. Gold is the ultimate signal of international security concern, and it actually slid in price, as did oil, US supply at $46/bbl, down from $76/bbl at the end of September. Oh-by-the-way, all also counterindicate inflation. Another  security safe haven: US Treasurys.

Which leads to the Fed. I have had two days to cool off, but I’m not doing well.

The Fed has been gradual, but it has doubled the cost of money in one year. As Chair Powell mentioned a couple of weeks ago, Fed action can take a year or more to ripple through the economy, thus good reason to pause. Also, global economic data has deteriorated since summer, downright fragile in a lot of places. The US stock market has been vulnerable for some time for its own internal reasons, up too far too fast and overdue for its own retreat and pause. The Fed should be relaxed about stock market “corrections,” but cautious about serious volatility followed by free-fall.

All of that was in plain sight on Wednesday. Yet the Fed’s post-meeting performance was the worst in modern memory. Flat stupid. Unforgivable. Calls into question Powell’s competence, and that of old-timers who should have seen it coming — any market participant could have told them ahead of time.

The Fed got wrong both the message and the policy. Clean sweep.

Hiking a quarter-point, okay. Not immediately necessary, but okay, no surprise, no harm. The idiocy came in three pieces: the post-meeting statement, the attached projections, and Powell’s press conference. The statement: “… Some further increases in the target range for federal funds….” No mention of pause, just more hikes. The projections call for a decline in GDP growth to 2.3% AND two more hikes next year (which would mean “prime” at 6.00% and ARM mortgages adjusting there also, and every other floating rate rising). Powell’s presser was inconceivably clueless, no idea of the damage underway. He said that Fed funds at the “low end of neutral,” could go “above” neutral.

Fed apologists at moments of harsh reaction to the post-meeting dot-plot: Well this is just an estimate, not a forecast or promise. Then don’t print it. If you don’t know where Fed funds are going, say that, mumble “data dependent,” and sit down. Maybe the Fed sent an overly hawkish message to emphasize independence from Trump. Still stupid.

The market reactions: stocks had recovered 300 Dow points that morning, expecting their medicine and then the Fed to go on watch. Post-meeting, crashed 400, net 700 on the day and blew out support at 23,500. Today 22,484 down four thousand points in 60 days and air under the market.

Much, much more important: bonds. Bond yields rising are the definitive sign that the Fed is too easy, even if hiking. Bond yields falling, especially while the Fed is hiking: you’re too tight, maybe way too tight. In the last 30 days as more weak data has appeared from overseas, the 10-year T-note stone-dropped from 3.23% to 2.82%. After the meeting, 2.77% — even in new knowledge of more hikes to come. The Fed-sensitive 2-year T-note had also fallen in the last month, from 2.98% to 2.64%, a firm prediction of pause. Oddly, it has not moved up since — whatever the Fed’s incoherence was about, it’s going to pause.

Want to know absolutely, positively that the Fed has blown it? When the next day the Treasury Secretary (Mnuchin, the last semi-adult aboard) runs out to say that markets have “overreacted,” and that unless inflation rises the Fed will not hike more at all. So you say, but not Powell & Co.

Worse (ha-ha!), the foundation for Fed policy looks more and more like Jurassic Park doctrine driving the bus over a cliff. The Fed is still captured by ancient equations: the GDP speed limit is growth in productivity plus workforce. Anything faster would mean overlarge increases in wages and inflation. This approach has failed the test of evidence going back 25 years — absurdly so in the last half-dozen. That does not mean that it will always fail, but it and market revulsion does hint that you guys ought to sit down and think outside the box (global!) before increasing the risk of recession.

Part of my anger: we are in a time of bad leadership here and in a lot of other places, and I had a lot of faith in the Fed and Bernanke and Yellen in particular, and hope for Powell. The saddest aspect of Wednesday: there is no way for Powell to repair it quickly. Markets and businesses will add to their caution.

An example from elsewhere of a doctrinal trap… in the IT miracle of the age, last Monday night Bloomberg carried live with a translator Xi Jinping’s address commemorating the 40th anniversary of Deng Xiaoping’s opening of China’s economy. 3,000 Party functionaries sat in the Great Hall of the People like Emperor Qin’s terracotta army. It looked and sounded like Leonid Brezhnev speaking to the embalmed Supreme Soviet. Xi said the Party has been and will be “totally correct,” everything to remain under its control. Not the slightest hint of reform, just digging into the past and enforced stability, quoting Friedrich Engels.

Weirdest of all: China’s new efforts to maintain growth, ever more a diminishing return, are likely to reduce inflation risk and undercut other economies.

There is too much in motion to forecast markets, but next week, the New Year issue anyway.

And MERRY! No matter what. Put more brandy in that nog, and give it to me. Quick.

The 10-year T-note in the last two years. Break down below 2.75% and… and… I have no idea. Significant inversion for one thing, but until the Fed revises its brain lock, hard for mortgages to fall far: 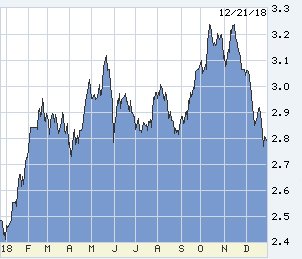 The 2-year T-note in the last two years. It says pause — or cycle-stop altogether — no matter what the Fed says: 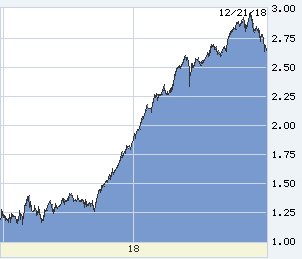 And here are the damned little dots. Says 3.00% next year. A lot of people outside the Fed have asked for years that it stop the dots. Oh, no — we know what we’re doing: 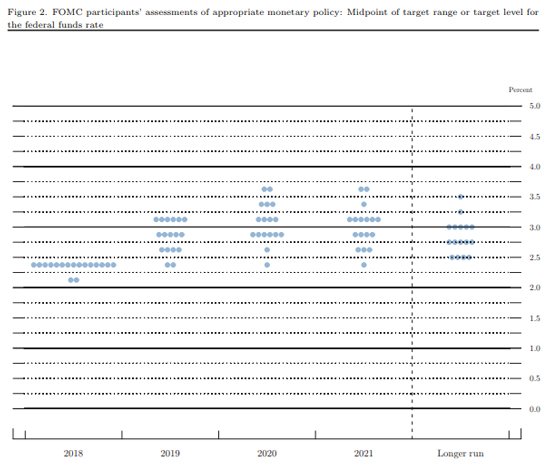