Economic reports this week were as-expected and supported continuing and pleasant economic growth. Many observers tried to squeeze news out of the home-sale reports, but they were as they have been and as they will be, sales limited by inventory shortage and concentrated near cities.

The annual conference of central bankers in Jackson Hole always brings a certain amount of anxiety — no telling who might let something important slip around the ol’ campfire — but not this year. Yellen’s speech was a snoozer. Interest rates are steady.

So, back away from immediate events and look at the whole shebang. Beaten into my head early on: “Work on approaches to problems, not just head-bashing without a plan.”

While trying to figure out what’s-up with the economy and its consequences, give up on precision and prediction. In the near term, momentum is big: whatever is happening now is likely to continue. The farther out we try to project, the less we can know. Embrace probability, estimating the edges of likely outcomes: no better than X, no worse than Y. Avoid at all costs creationism, the assertion of alternate universes.

All of that cautious stuff said, first thing every day in the data review, look for change. Asserting “this time it’s different” will get you laughed off a trading desk, but it’s always different — the perpetual question, is it different enough to cause us to question our history-based instincts and calculations? If one day we think difference is big, and put aside our warm snuggling into familiar patterns, what will we use to guide us?

Traditional economic and market analysis today is not doing well. The Fed cannot even explain why it has been so wrong about the relationship between low unemployment and wages, but wins the prize for judgment: if your theory is busted, don’t be in a hurry to do anything. Take out some insurance and watch. Market people are even more lost, engaged in wild and mutually exclusive swings: stocks are over-priced and a crash lies ahead; and distorted by central banks, bonds are headed for a crash.

Perhaps the worst of analysis today is the belief in predictable cycles, and right there opens a door to a different look. After WW II economic cycles were metronome-clean — over and over the same patterns of credit, housing, inventories, Fed, recession, recovery, re-do. One clear thing before us and in back of us: that series of predictable cycles ended in 2000. The mini-recession immediately thereafter and the Great one following were entirely different from the preceding 55 years, and before that, and the recoveries just as atypical.

Whatever credit cycle we have today is either suspended or brand-new. In largest part because post-2007 it will be a long time before we’ll allow credit to overheat the business cycle. Closely linked: housing. In and after the 2001 recession, housing never had a recession, partly because of stupid-easy credit, partly because of low rates necessary to head off the possibility of deflation. Now eight years into Great recovery, housing is not a cyclical locomotive. nor will it become one.

Beyond the intelligent re-regulation of credit (if overdone in spots — mortgage documentation), what else has happened to displace many decades of economic pattern?

Two things override all else. Everybody gets one of them: globalization is leveling global wages. Hardheads at the Fed resist the notion, and granite-noggins think the US can return to a time when the US was not subject to global forces. We struggle to measure these forces, and have been politically clueless about how to respond, and how to help our people.

Second, disruption by technology is more powerful and subtle than we imagine. One of the greatest migrations of American people is underway from the countryside to cities, leaving wreckage in the countryside, and we fail to grasp technology as the driver. Every day, remember: more than half of US counties are losing population.

Everyone thinks of automation, but disruption is far beyond the production line. A good line of work in the countryside for a hundred years has been auto repair. Every small-town gas station had good, steady employment for mechanics. No longer: cars don’t break. The best of big dealerships have lost 90% of service revenue. Nobody under age 40 knows what a “tune-up” was.

Every small town had a collection of retailers — specialty shops with good merchants, from clothing to hardware, firearms to Frisbees, books to boots, and shops for each. Life and death in retail is skilled service and inventory — too little inventory, unhappy customers; too much, dead store. For all of my suspicions, Amazon and WalMart have cracked the whole retail logistics problem, and no small-town retailer can compete on price, inventory, or delivery. The social aspects of face-to-face retail, and trying things on — those continue but cannot sustain in the countryside.

Good luck staying in business as the small-town proprietor of the movie theater. One hundred years ago, going to the “flicker” was a small-town miracle for my parents. Now, Netflix, Comcast… the picture show is net-dead.

Robots… the most disruptive is the addictive e-thing in your hand. Ten years into the i-phone, a majority of drivers on roads which I use are looking and poking at their phones while driving like drunks. What do I need of small town society if I have my phone? The body is still present, but neither mind nor soul.

Employment… look closely around you. Find a local company not dependent on technology? We have not begun to think how we might support the countryside with decentralized technology. The flight to the cities is desperate — only there are the critical masses of skilled people, training, universities, and employers ramping like crazy to stay ahead of competitors half a world away. Jobs there, if you’re tech savvy, and nowhere else. 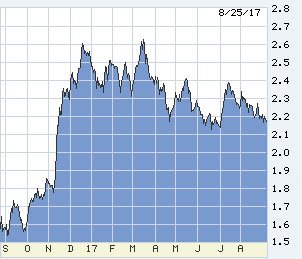 The New York Fed’s quarterly report on household debt tells the gradual, non-cycle story beautifully. The only meaningful growth has been in student and auto loans, both self-correcting now:

Those with the “get American going again” have a painful point in the countryside, but not in the aggregate: 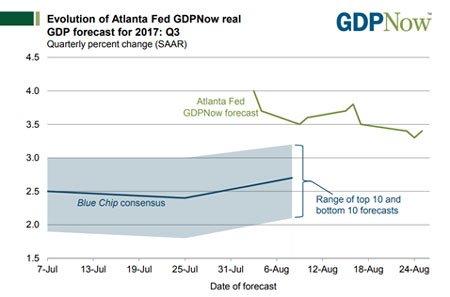